Your list of things to see and do now includes Time Travel Vienna, Original Vienna Snowglobe Factory, Votivkirche, and other attractions. You'll explore the less-touristy side of things at Karlskirche and Leopold Museum. Museum-lovers will appreciate Belvedere Palace and The Hofburg. There's much more to do: see the interesting displays at Kunsthistorisches Museum Wien, take in the architecture and atmosphere at St. Stephen's Cathedral, get a new perspective on nature at Natural History Museum (Naturhistorisches Museum), and take an in-depth tour of Kaiserliche Schatzkammer Wien.

To see more things to do, maps, traveler tips, and more tourist information, refer to the Vienna online route planner.

Auckland, New Zealand to Vienna is an approximately 30-hour flight. Traveling from Auckland to Vienna, you'll gain 11 hours due to the time zone difference. Prepare for much colder weather when traveling from Auckland in December: high temperatures in Vienna hover around 5°C and lows are around 0°C. Finish up your sightseeing early on the 21st (Mon) so you can travel to Salzburg.
more less 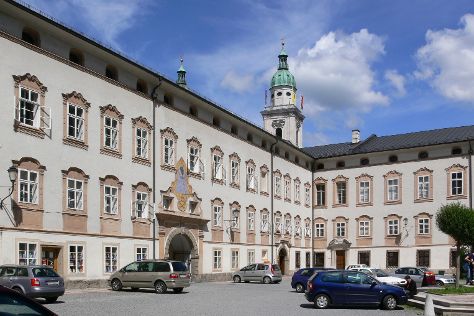 Rome of the North

Get some cultural insight at Fortress Hohensalzburg Castle and Petersfriedhof. Popular historic sites such as Schloss Hellbrunn and Franziskanerkirche are in your itinerary. There's lots more to do: take in the spiritual surroundings of St. Peter's Abbey (Stift St. Peter), contemplate the long history of Mozart Residence (Mozart Wohnhaus), admire the striking features of Salzburg Cathedral, and see the interesting displays at Red Bull Hangar-7.

You can plan Salzburg trip in no time by asking Inspirock to help create your itinerary.

You can fly from Vienna to Salzburg in 3 hours. Alternatively, you can drive; or take a train. In December in Salzburg, expect temperatures between 6°C during the day and -1°C at night. Finish your sightseeing early on the 25th (Fri) to allow enough time to travel back home.
more less

Things to do in Salzburg