A global center of finance and transportation, Frankfurt is perhaps best known for its futuristic cityscape.

On the 4th (Sun), see the interesting displays at Deutsches Filmmuseum, then appreciate the extensive heritage of Neroberg, and then do a tasting at Eberbach Abbey. Get ready for a full day of sightseeing on the 5th (Mon): browse the eclectic array of goods at Kleinmarkthalle Frankfurt, then contemplate the long history of Saalburg Roman Castle and Archeology Park, and then examine the collection at Mathematikum.

For photos, where to stay, and other tourist information, you can read our Frankfurt itinerary planner.

New Delhi, India to Frankfurt is an approximately 12-hour flight. The time zone changes from India Standard Time to Central European Time, which is usually a -4 hour difference. In June, Frankfurt is much colder than New Delhi - with highs of 26°C and lows of 15°C. Finish up your sightseeing early on the 5th (Mon) so you can travel to Prague.
more less

Things to do in Frankfurt

To find other places to visit, photos, where to stay, and tourist information, read our Prague trip planner.

Traveling by flight from Frankfurt to Prague takes 4.5 hours. Alternatively, you can drive; or do a combination of train and bus. In June, daily temperatures in Prague can reach 24°C, while at night they dip to 14°C. Wrap up your sightseeing on the 7th (Wed) early enough to travel to Vienna.
more less 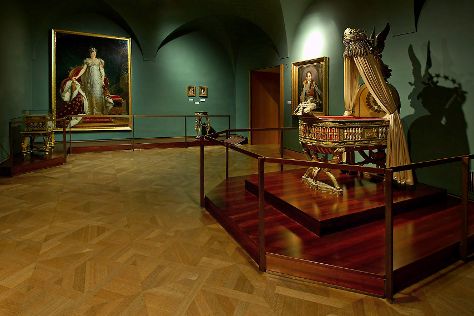 On the 8th (Thu), admire the masterpieces at Hundertwasser House, then see the interesting displays at Austrian National Library, then take an in-depth tour of Imperial Treasury of Vienna, and finally steep yourself in history at Ringstrasse. On the 9th (Fri), you'll have a packed day of sightseeing: hunt for treasures at Naschmarkt, then see the interesting displays at MuseumsQuartier, and then examine the collection at Leopold Museum.

For reviews, maps, more things to do, and more tourist information, use the Vienna sightseeing planner.

You can do a combination of bus and flight from Prague to Vienna in 3 hours. Alternatively, you can drive; or take a bus. Traveling from Prague in June, expect nights in Vienna to be about the same, around 16°C, while days are a bit warmer, around 28°C. Finish up your sightseeing early on the 9th (Fri) so you can travel to Lucerne.
more less 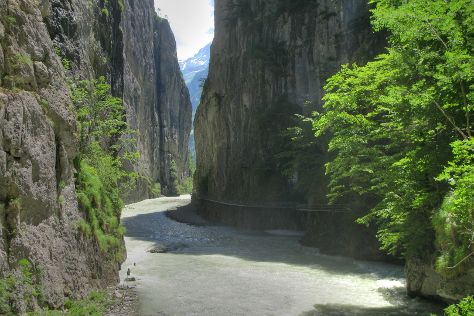 Eschew the tourist crowds and head to Ballenberg, Swiss Open-Air Museum and Staubbach Fall. Step out of the city life by going to The Eiger Trail and Lake Brienz. Change things up with these side-trips from Lucerne: Aare Gorge (in Meiringen) and Kayaking & Canoeing (in Interlaken).

To see more things to do, other places to visit, maps, and tourist information, read our Lucerne vacation planner.

Traveling by combination of flight and train from Vienna to Lucerne takes 5.5 hours. Alternatively, you can drive; or take a train. In June, daily temperatures in Lucerne can reach 26°C, while at night they dip to 14°C. Wrap up your sightseeing on the 12th (Mon) to allow time to travel to Paris.
more less

Things to do in Lucerne 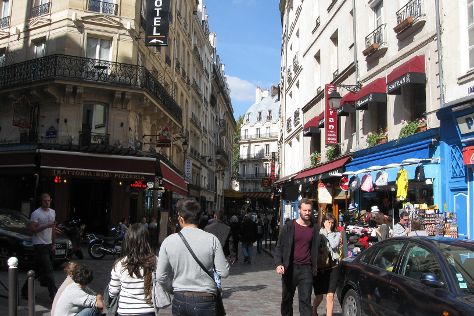 Do some cultural sightseeing at Chateau de Fontainebleau and Ile Saint-Louis. You'll discover tucked-away gems like Eglise Sainte-Radegonde de Giverny and Château de la Roche-Guyon. There's still lots to do: step off the mainland to explore Île de la Cité, get to know the fascinating history of Latin Quarter, get a sense of history and politics at Hotel de Ville, and wander the streets of Trocadero.

To see traveler tips, reviews, more things to do, and more tourist information, go to the Paris travel itinerary planner.

You can do a combination of train and flight from Lucerne to Paris in 4.5 hours. Other options are to take a train; or drive. June in Paris sees daily highs of 27°C and lows of 15°C at night. Wrap up your sightseeing on the 15th (Thu) to allow time to travel back home.
more less