White Pearl of the Indian Ocean

Swim in the warm waters, stroll over white sand, or play volleyball and other sports on the beaches of Mogadishu, the White Pearl of the Indian Ocean.

Popular historic sites such as Villa Somalia and Turkish Embassy are in your itinerary. Step off the beaten path and head to Gezira Beach and black Hawk Down crash site museum. And it doesn't end there: kick back and relax at Liido Beach Somalia, don't miss a visit to Shanghai Old City, stroll through Jazeera Beach, and browse the eclectic array of goods at Bakara Market.

If you are flying in from United States, the closest major aiport is Aden Adde International Airport. May in Mogadishu sees daily highs of 87°F and lows of 80°F at night. You'll set off for Hargeysa on the 6th (Wed).
more less

Things to do in Mogadishu

Parks Beaches Outdoors
Find places to stay May 1 — 6:
Hotels on TripAdvisor
Homes on Airbnb
Highlights from your plan 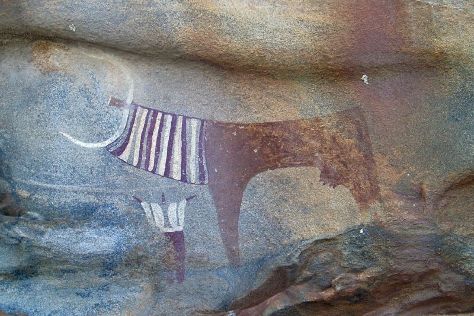 A capital of the self-declared state of Somaliland, Hargeisa is the second-largest city in Somalia.

Do some cultural sightseeing at MiG Jet and Saryan Museum. The adventure continues: head outdoors with Laas Geel, pick up some local products at Livestock Market, and browse the different shops at Dahabshiil Business Centre.

To find more things to do, reviews, photos, and tourist information, you can read our Hargeysa trip itinerary planner.

Fly from Mogadishu to Hargeysa in 2 hours. Alternatively, you can drive. Plan for a bit cooler nights when traveling from Mogadishu in May since evenings lows in Hargeysa dip to 67°F. On the 11th (Mon), you're off to Saylac.
more less

Things to do in Hargeysa

Shopping Museums Outdoors
Find places to stay May 7 — 11:
Hotels on TripAdvisor
Homes on Airbnb
Highlights from your plan 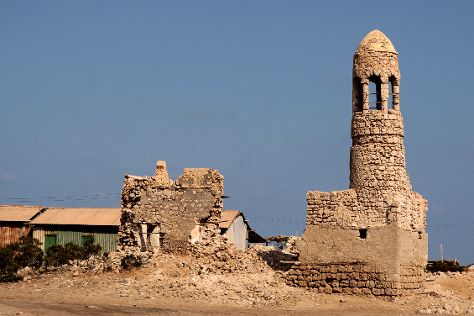 ©
Zeila, also known as Zaila, is a port city in the northwestern Awdal region of Somaliland.In antiquity, it was identified with the commercial port of Avalites described in the 1st century Greco-Roman travelogue the Periplus of the Erythraean Sea, an area that was situated in the historic northern Barbara region. On the 12th (Tue), take in the spiritual surroundings of Masjid al-Qiblatayn Mosque.

To see more things to do, maps, reviews, and other tourist information, read our Saylac trip builder tool.

Traveling by combination of flight and car from Hargeysa to Saylac takes 2.5 hours. Alternatively, you can drive. Prepare for somewhat warmer weather when traveling from Hargeysa in May: high temperatures in Saylac hover around 94°F and lows are around 80°F. On the 13th (Wed), you'll travel back home.
more less

Things to do in Saylac

Historic Sites
Find places to stay May 11 — 13:
Hotels on TripAdvisor
Homes on Airbnb
Highlights from your plan