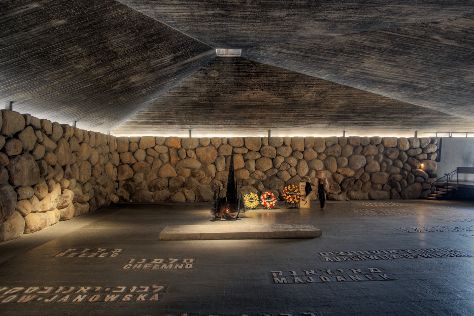 Do some cultural sightseeing at Old City of Jerusalem and Yad Vashem - The World Holocaust Remembrance Center. Popular historic sites such as Western Wall and Mt of Olives are in your itinerary. Explore the numerous day-trip ideas around Jerusalem: Arad (Fine Art & Doll Museum & Glass Art Museum Arad), Tel Aviv (Tel Aviv Museum of Art, Neve Tzedek, &more) and Joe Alon Center - The Museum of Bedouin Culture (in Lahav). Next up on the itinerary: admire the masterpieces at The Israel Museum, Jerusalem, take in the spiritual surroundings of The Western Wall Tunnels, admire the landmark architecture of Bethesda, and admire the natural beauty at Garden of Gethsemane.

Canberra, Australia to Jerusalem is an approximately 29- hour combination of bus and flight. You can also fly; or do a combination of bus, taxi, and flight. Due to the time zone difference, you'll gain 8 hours traveling from Canberra to Jerusalem. When traveling from Canberra in October, plan for somewhat warmer days in Jerusalem, with highs around 34°C, while nights are much hotter with lows around 21°C. Finish up your sightseeing early on the 21st (Wed) so you can catch the bus to Tiberias.
more less 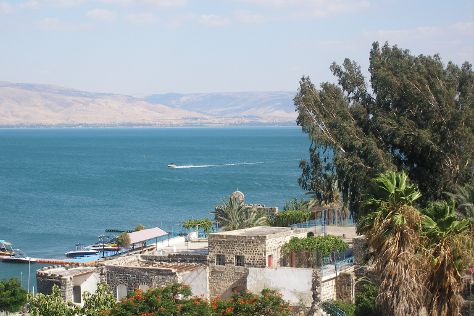 On the shores of Lake Kinneret, a vacation in Tiberias offers plenty of water sports and biblical walks.

Do some cultural sightseeing at Sea of Galilee and Nazareth Village. Deepen your sense of the past at sights like The Church of the Annunciation and Yardenit. You'll find plenty of places to visit near Tiberias: Haifa (Tikotin Museum of Japanese Art, The Baha'i Gardens, &more), Acre (Bahai Gardens and Shrine & Citadel of Acre) and Nazareth (Synagogue-Church, International Center Mary of Nazareth, &more). There's lots more to do: delve into the distant past at Magdala, pause for some serene contemplation at Franciscan Wedding Church, contemplate the long history of Mount of Beatitudes, and take in the spiritual surroundings of Cana.

To see maps, photos, and tourist information, you can read our Tiberias holiday planning app.

Getting from Jerusalem to Tiberias by bus takes about 2.5 hours. In October, daytime highs in Tiberias are 32°C, while nighttime lows are 23°C. Finish your sightseeing early on the 27th (Tue) so you can travel back home.
more less

Things to do in Tiberias

Nazareth, Haifa, Capernaum, Acre, Church of the Primacy of Peter
Find places to stay Oct 21 — 27:
Hotels on TripAdvisor
Homes on Airbnb
Highlights from your plan

©
The Church of the Annunciation