Xinbei, also known as New Taipei City, stands as a newly founded part of the wider Taipei metropolitan area, stretching up from the capital to the island's northern coast.

Take a break from New Taipei with a short trip to National Palace Museum in Shilin, about 42 minutes away. There's lots more to do: don't miss a visit to Chiang Kai-Shek Memorial Hall, appreciate the history behind National Dr. Sun Yat-sen Memorial Hall, contemplate in the serene atmosphere at Hsing Tian Kong, and get to know the resident critters at Taipei Zoo.

To see more things to do, photos, ratings, and more tourist information, refer to the New Taipei day trip planner.

Berlin, Germany to New Taipei is an approximately 17.5-hour flight. You can also do a combination of train and flight. Due to the time zone difference, you'll lose 7 hours traveling from Berlin to New Taipei. In November, daytime highs in New Taipei are 29°C, while nighttime lows are 22°C. Cap off your sightseeing on the 8th (Fri) early enough to catch the train to Hualien.
more less

Things to do in New Taipei

Taipei
Find places to stay Nov 5 — 8:
Hotels on TripAdvisor
Homes on Airbnb
Highlights from your plan 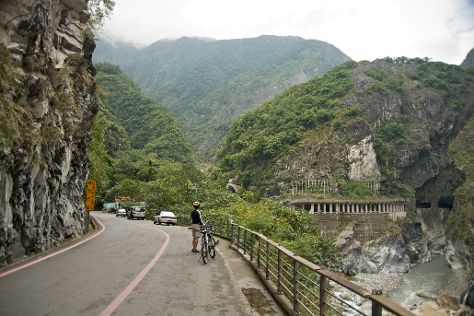 Hualien is known for trails, nature, beaches, parks, and shopping. Your plan includes some of its best attractions: trek along Taroko Gorge, head outdoors with Zuocang Trail, contemplate the long history of Gangtiangong, and pause for some serene contemplation at Xiangde Temple.

Getting from New Taipei to Hualien by train takes about 3 hours. Other options: drive; or do a combination of train and bus. Finish up your sightseeing early on the 11th (Mon) so you can catch the train to Kaohsiung.
more less 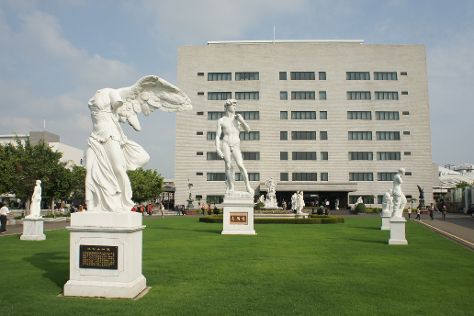 Get out of town with these interesting Kaohsiung side-trips: Chimei Museum (in Rende), Chihkan Tower (Fort Provintia) (in West Central District) and Anping Guanyinting (in Anping). And it doesn't end there: walk around Xiao Liu Qiu, make a trip to Dragon Tiger Tower, contemplate in the serene atmosphere at Fo Guang Shan Buddha Museum, and admire the striking features of Guandi Temple.

You can take a train from Hualien to Kaohsiung in 4.5 hours. Another option is to drive. In November, daytime highs in Kaohsiung are 34°C, while nighttime lows are 25°C. Finish up your sightseeing early on the 14th (Thu) so you can travel to Nantou.
more less 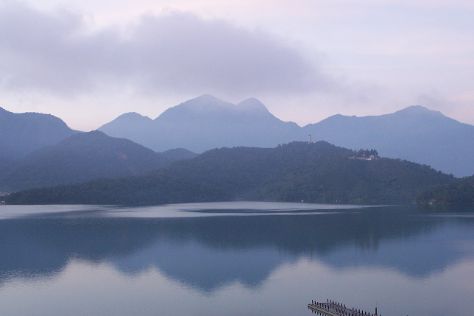 Nantou provides good access to the cultural and natural sites of the surrounding county of the same name.

For traveler tips, reviews, other places to visit, and tourist information, refer to the Nantou itinerary planner .

Getting from Kaohsiung to Nantou by train takes about 2 hours. Other options: drive; or do a combination of train and bus. In November, Nantou is slightly colder than Kaohsiung - with highs of 30°C and lows of 20°C. Finish your sightseeing early on the 18th (Mon) so you can travel back home.
more less

Things to do in Nantou