The site of the continent's first Spanish colony, Cartagena retains much of its colonial flavor thanks to a World Heritage-listed old town, encircled by old walls and protected by imposing fortresses.

Your cultural itinerary includes sights like San Felipe de Barajas Castle and Templo de Santo Domingo. Popular historic sites such as Walled City of Cartagena and Casa del Marquez de Valdehoyos are in your itinerary. On the 12th (Tue), spend a thrilling day on the water with a speed boat tour. The adventure continues: don't miss a visit to Plaza de San Diego, gain insight at Plaza Santo Domingo, take in the architecture and atmosphere at Iglesia de la Trinidad, and contemplate in the serene atmosphere at Ermita Nuestra Senora De La Candelaria.

For reviews, photos, other places to visit, and other tourist information, use the Cartagena trip itinerary builder website .

Amsterdam, The Netherlands to Cartagena is an approximately 13-hour flight. You can also do a combination of train and flight. Due to the time zone difference, you'll gain 6 hours traveling from Amsterdam to Cartagena. Expect much hotter temperatures when traveling from Amsterdam in February; daily highs in Cartagena reach 36°C and lows reach 28°C. Finish your sightseeing early on the 13th (Wed) to allow enough time to drive to Isla Baru.
more less

Things to do in Cartagena

Lying south of Cartagena, Isla Baru was connected to the mainland until the construction of the Canal del Dique.

Start off your visit on the 14th (Thu): identify plant and animal life at Aviario Nacional de Colombia, kick back and relax at Playa Puntilla, and then enjoy the sand and surf at Playa Blanca.

Make your Isla Baru itinerary with Inspirock to find out what to see and where to go.

Drive from Cartagena to Isla Baru in an hour. Alternatively, you can take a shuttle. February in Isla Baru sees daily highs of 36°C and lows of 28°C at night. Finish your sightseeing early on the 14th (Thu) so you can drive to Santa Marta.
more less

Things to do in Isla Baru

Many visitors begin their Santa Marta holiday, surrounded by urban clutter and heavy traffic, expecting little from the city in terms of historical importance.

Traveling by car from Isla Baru to Santa Marta takes 4.5 hours. Alternatively, you can take a bus. Expect a daytime high around 39°C in February, and nighttime lows around 28°C. Wrap up your sightseeing on the 17th (Sun) to allow time to travel to San Gil.
more less

Things to do in Santa Marta

Memorial Museum of the Sierra Nevada
Find places to stay Feb 14 — 17:
Hotels on TripAdvisor
Homes on Airbnb
Highlights from your plan

Getting from Santa Marta to San Gil by combination of flight and bus takes about 5.5 hours. Other options: do a combination of bus and flight; or drive. Prepare for slightly colder weather when traveling from Santa Marta in February: high temperatures in San Gil hover around 31°C and lows are around 22°C. Finish up your sightseeing early on the 20th (Wed) so you can travel to San Agustin.
more less

Things to do in San Gil

Start off your visit on the 21st (Thu): appreciate the history behind La Pelota - Estatuas A Color, explore the ancient world of El Purutal, then get outside with Estrecho del Magdalena, then appreciate the history behind La Chaquira, and finally take in the architecture and atmosphere at Iglesia de San Agustin. Here are some ideas for day two: delve into the distant past at San Agustin Archaeological Park, take in the architecture and atmosphere at Parroquia Nuestra Senora de Lourdes, explore the ancient world of Alto de las Chinas, then make a trip to Parque Arqueologico Alto de los Idolos, then take in the pleasant sights at Alto de Las Piedras Archaeological Park, and finally appreciate the views at El Salto del Mortino.

Things to do in San Agustin

Isnos
Find places to stay Feb 20 — 22:
Hotels on TripAdvisor
Homes on Airbnb
Highlights from your plan

You'll explore the less-touristy side of things at Las Lajas Sanctuary and Basilica de Nuestra Senora del Rosario. Museum-lovers will get to explore Museo del Oro Narino and Casa Museo Taminango. There's still lots to do: pause for some serene contemplation at Iglesia del Cristo, take in the spiritual surroundings of Iglesia Templete de Nuestra Senora de Lourdes, explore the activities along Lake Guamuez, and get a sense of history and politics at Edificio de la Gobernacion de Narino.

For more things to do, reviews, maps, and more tourist information, you can read our Pasto online road trip planner .

Traveling by car from San Agustin to Pasto takes 6.5 hours. Alternatively, you can take a bus. Traveling from San Agustin in February, you will find days in Pasto are slightly colder (19°C), and nights are much colder (7°C). Finish your sightseeing early on the 25th (Mon) so you can travel to Leticia.
more less

Things to do in Pasto 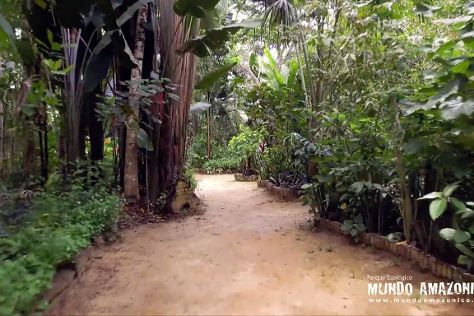 Leticia represents a large urban area and one of the best places from which to commence exploring areas along the Amazon.

Traveling by flight from Pasto to Leticia takes 6 hours. Expect warmer temperatures when traveling from Pasto in February; daily highs in Leticia reach 36°C and lows reach 26°C. Wrap up your sightseeing on the 27th (Wed) to allow time to travel to Bogota.
more less

Things to do in Leticia 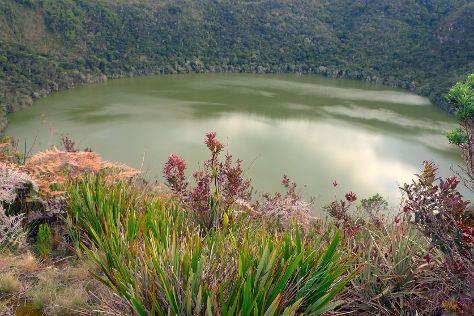 Colombia's heart and soul, Bogota has earned the nickname "Athens of South America" thanks to its abundance of universities, libraries, and lower-level schools.

Popular historic sites such as Catedral de Sal and Bolivar plaza are in your itinerary. Museum-lovers will get to explore Gold Museum (Museo del Oro) and Casa de Moneda - Coleccion Numismatica del Banco de la Republica. Take a break from Bogota with a short trip to Laguna de Guatavita in Tierra Negra, about 1h 10 min away. Next up on the itinerary: explore the world behind art at Museo Botero del Banco de la Republica, hunt for treasures at Pasaje Rivas, get outside with Parque el Virrey, and take in the awesome beauty at Mount Monserrate.

To find photos, reviews, where to stay, and tourist information, refer to the Bogota online trip maker .

You can fly from Leticia to Bogota in 2.5 hours. Traveling from Leticia in February, you will find days in Bogota are slightly colder (24°C), and nights are colder (9°C). Wrap up your sightseeing on the 2nd (Sat) early enough to travel to Providencia Island.
more less

Things to do in Bogota 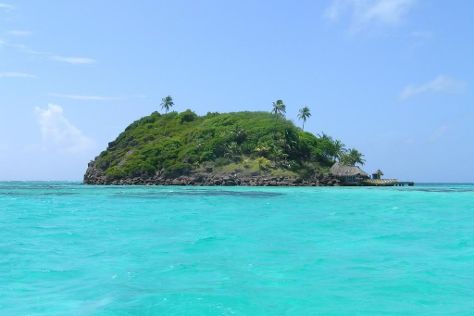 Although part of Colombia, the small, isolated Providencia Island retains its Caribbean culture and English-Creole language.

Kick off your visit on the 3rd (Sun): discover the deep blue sea with a scuba or snorkeling tour and then step off the mainland to explore Crab Cay. Get ready for a full day of sightseeing on the 4th (Mon): explore the striking landscape of McBean Lagoon National Natural Park.

Traveling by combination of flight and ferry from Bogota to Providencia Island takes 6.5 hours. While traveling from Bogota, expect a bit warmer days and much hotter nights in Providencia Island, ranging from highs of 34°C to lows of 29°C. Finish your sightseeing early on the 4th (Mon) so you can ride a ferry to San Andres Island.
more less

Things to do in Providencia Island 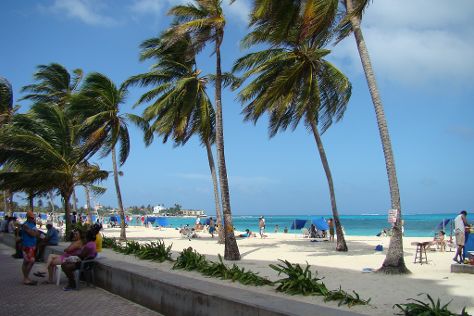 Step off the beaten path and head to West View and Bahia del Cove. Escape the urban bustle at Aquanautas and Playa de Spratt Bight. There's much more to do: look for all kinds of wild species at La Piscinita, take in the architecture and atmosphere at Primera Iglesia Bautista, stroll through Playa de San Luis, and Head underground at Morgan's Cave.

To find ratings, photos, other places to visit, and other tourist information, go to the San Andres Island trip itinerary planner.

Ride a ferry from Providencia Island to San Andres Island in 3 hours. Expect a daytime high around 34°C in March, and nighttime lows around 29°C. Wrap up your sightseeing on the 8th (Fri) early enough to travel back home.
more less

Things to do in San Andres Island