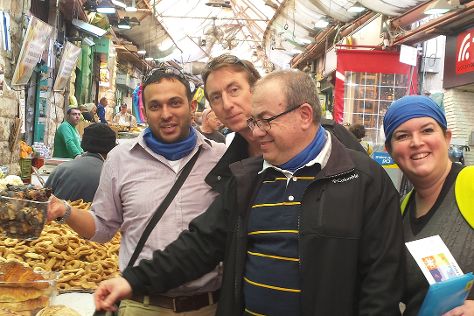 You've now added Israel ScaVentures - Day Tours to your itinerary. Kids will enjoy Tayelet and Safari Park. Take a break from Jerusalem with a short trip to Jaffa Old City in Jaffa, about 1h 05 min away. Next up on the itinerary: take an in-depth tour of Yad Vashem - The World Holocaust Remembrance Center, tour the pleasant surroundings at Garden of Gethsemane, wander the streets of Old City of Jerusalem, and delve into the distant past at Western Wall.

If you are flying in from United States, the closest major aiport is Ben Gurion International Airport. In February in Jerusalem, expect temperatures between 69°F during the day and 49°F at night. Finish your sightseeing early on the 12th (Wed) to allow enough time to travel back home.
more less