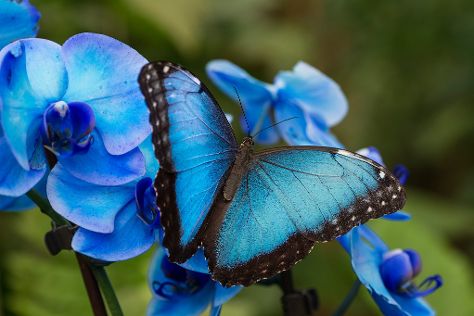 Get a sense of the local culture at Teatro Romano and Castillo de Gibralfaro. Take a break from the city and head to Butterfly Park of Benalmadena and Fundación Cueva de Nerja. Venture out of the city with trips to Nerja (Balcony of Europe & Burriana Beach), Puente Nuevo (in Ronda) and Marbella Old Town (in Marbella). There's still lots to do: look for all kinds of wild species at El Torcal de Antequera, steep yourself in history at Malaga Cathedral, and walk around Parque de Malaga.

For reviews, photos, maps, and more tourist information, use the Malaga trip planner.

Riyadh, Saudi Arabia to Malaga is an approximately 12.5- hour flight. You can also do a combination of flight, ferry, and bus; or drive. The time zone difference moving from Arabian Standard Time to Central European Standard Time is minus 2 hours. While traveling from Riyadh, expect a bit cooler days and cooler nights in Malaga, ranging from highs of 36°C to lows of 24°C. Wrap up your sightseeing on the 5th (Fri) early enough to take a train to Cordoba.
more less

For ratings, where to stay, traveler tips, and other tourist information, refer to the Cordoba road trip site.

You can take a train from Malaga to Cordoba in 1.5 hours. Other options are to drive; or take a bus. When traveling from Malaga in July, plan for somewhat warmer days in Cordoba, with highs around 44°C, while nights are about the same with lows around 22°C. Cap off your sightseeing on the 9th (Tue) early enough to travel to Costa Teguise.
more less

Set along the eastern coast of Lanzarote, Costa Teguise is a well-known area for beach vacations because of its sandy shores and year-round warm weather.

Casa / Museo Cesar Manrique and Museo de Arte Sacro will appeal to museum buffs. Museo Lagomar and Galerie Atelier Guttenberger Schultz Teseguite are good opportunities to explore the local culture. Next up on the itinerary: tour the pleasant surroundings at Surf Spot Famara, admire the natural beauty at Jardin de Cactus, look for gifts at Haria Artesanal, and examine the collection at Fundacion Cesar Manrique.

To find more things to do, photos, where to stay, and other tourist information, you can read our Costa Teguise trip planner.

Things to do in Costa Teguise 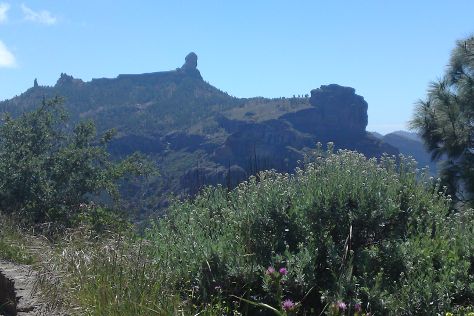 Fondly referred to as “El Sur” by the locals, Maspalomas serves as a hub of entertainment and beach activity on Gran Canary Island.

To find traveler tips, where to stay, maps, and other tourist information, you can read our Maspalomas travel planner.

Getting from Costa Teguise to Maspalomas by flight takes about 3.5 hours. Other options: ride a ferry. In July, plan for daily highs up to 31°C, and evening lows to 24°C. Wrap up your sightseeing on the 16th (Tue) to allow time to travel to Leon.
more less

Things to do in Maspalomas

©
León is the capital of the province of León, located in the northwest of Spain. Kick off your visit on the 17th (Wed): take in the spiritual surroundings of Astorga Cathedral, then admire the landmark architecture of Palacio De Gaudi, and then explore the historical opulence of Diputación Provincial De León. On the 18th (Thu), you'll have a packed day of sightseeing: pause for some serene contemplation at Santa Maria de Leon Cathedral, pause for some serene contemplation at Iglesia de San Salvador de Palat del Rey, look for gifts at La tienda de te-Leon, then explore the world behind art at Museo Gaudi Casa Botines, then admire the landmark architecture of Antiguo Convento de San Marcos, and finally contemplate in the serene atmosphere at La Basilica De San Isidoro De Leon.

For photos, more things to do, where to stay, and other tourist information, use the Leon holiday planner.

Fly from Maspalomas to Leon in 7 hours. Alternatively, you can do a combination of flight and bus; or do a combination of ferry and car. The time zone changes from Western European Standard Time (WET) to Central European Standard Time (CET), which is usually a 1 hour difference. Expect slightly colder evenings in Leon when traveling from Maspalomas in July, with lows around 13°C. Wrap up your sightseeing on the 18th (Thu) to allow time to drive to Salamanca.
more less

Astorga
Find places to stay Jul 16 — 18:
Hotels on TripAdvisor
Homes on Airbnb
Highlights from your plan

Salamanca is one of the most visited cities in Spain.

To find other places to visit, maps, reviews, and tourist information, you can read our Salamanca trip planner.

You can drive from Leon to Salamanca in 2 hours. Other options are to take a bus; or take a train. When traveling from Leon in July, plan for somewhat warmer days in Salamanca, with highs around 37°C, while nights are about the same with lows around 14°C. Wrap up your sightseeing on the 22nd (Mon) early enough to drive to Zaragoza.
more less

Things to do in Salamanca 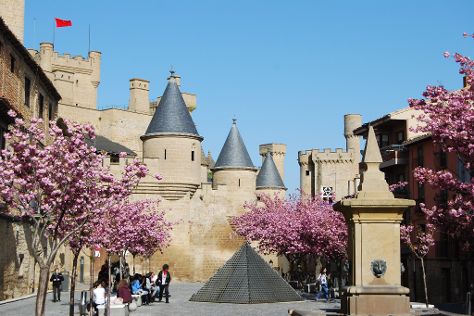 The city of Zaragoza is known as the City of Four Cultures for its interwoven history of Iberian, Roman, Moorish, and Christian influences.

Popular historic sites such as Palacio Real de Olite and Monasterio de Piedra are in your itinerary. You'll explore the less-touristy side of things at Ruta De Las Pasarelas and Catedral del Salvador de Zaragoza. Step out of Zaragoza to go to Nuevalos and see Parque Monasterio De piedra, Zaragoza Spain, which is approximately 1h 25 min away. There's much more to do: don't miss a visit to El Tubo, contemplate the long history of Basilica de Nuestra Senora del Pilar, and appreciate the history behind Palacio de la Aljaferia.

For maps, traveler tips, more things to do, and tourist information, refer to the Zaragoza trip site.

You can drive from Salamanca to Zaragoza in 5.5 hours. Alternatively, you can take a train; or take a bus. Traveling from Salamanca in July, expect a bit warmer with lows of 22°C in Zaragoza. Finish your sightseeing early on the 26th (Fri) to allow enough time to travel to Ibiza Town.
more less

Things to do in Zaragoza

You'll explore the less-touristy side of things at Playa Cala Salada and Playa de Llevant. Escape the urban bustle at Cala Saladeta and Castell de Eivissa. There's much more to do: take a leisurely stroll along Puerto de Ibiza, wander the streets of Dalt Vila, step off the mainland to explore Es Vedra, and stroll through Cala Comte.

For more things to do, other places to visit, maps, and other tourist information, refer to the Ibiza Town road trip site.