Plan created by another user. Make it yours
Edit start date
Want to change plan duration? 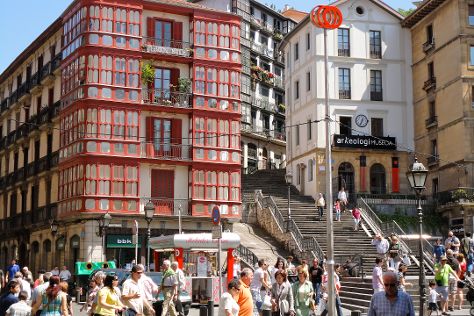 A city of stunning architectural and artistic heritage, Bilbao is situated on the banks of the Nervión River.

Bilbao is known for museums, fun & games, and historic sites. Your plan includes some of its best attractions: test your team's savvy at popular escape rooms, enjoy some diversion at Bizkaia Frontoia, have some family-friendly fun at Formula Racing, and head outdoors with San Mames Stadium.

To see other places to visit, more things to do, photos, and more tourist information, read Bilbao tour itinerary site.

Dublin, Ireland to Bilbao is an approximately 5.5-hour flight. You can also do a combination of bus and train; or do a combination of ferry and car. Traveling from Dublin to Bilbao, you'll lose 1 hour due to the time zone difference. Expect a bit warmer temperatures when traveling from Dublin in November; daily highs in Bilbao reach °C and lows reach °C. Wrap up your sightseeing on the 6th (Wed) to allow time to drive to San Sebastian - Donostia.
more less

Things to do in Bilbao

San Sebastian - Donostia is known for beaches, nature, and historic sites. Your plan includes some of its best attractions: let your taste buds guide you at a local gastronomic tour, kick back and relax at La Concha Beach, head outdoors with Penas de Aia, and take a stroll through Parte Vieja.

For where to stay, other places to visit, ratings, and tourist information, read San Sebastian - Donostia online tour itinerary planner.

Barcelona is known for parks, nightlife, and museums. Your plan includes some of its best attractions: admire the striking features of Basilica of the Sagrada Familia, make a trip to Casa Batllo, pick up some local products at La Boqueria, and see where the action happens at Camp Nou.

To find ratings, more things to do, where to stay, and tourist information, read our Barcelona vacation app.

Traveling by flight from San Sebastian - Donostia to Barcelona takes 4 hours. Alternatively, you can drive; or take a train. December in Barcelona sees daily highs of °C and lows of °C at night. Wrap up your sightseeing by early afternoon on the 18th (Mon) to allow time for travel to Granada.
more less

Granada is known for historic sites, nightlife, and parks. Your plan includes some of its best attractions: steep yourself in history at Alhambra, take in nature's colorful creations at Generalife, enjoy the scholastic atmosphere at Escuela Delengua, and wander the streets of Albayzin.

To see more things to do, maps, ratings, and tourist information, refer to the Granada online trip itinerary builder.

You can fly from Barcelona to Granada in 4.5 hours. Other options are to take a train; or drive. Traveling from Barcelona in December, expect little chillier with lows of °C in Granada. Finish your sightseeing early on the 25th (Mon) to allow enough time to drive to Malaga.
more less 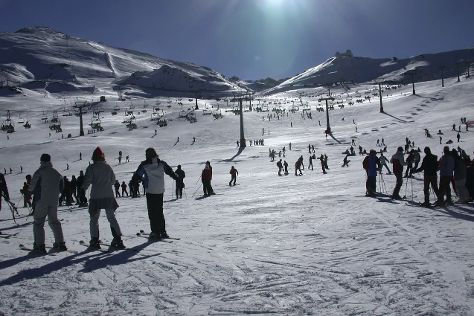 You'll find plenty of places to visit near Malaga: Nerja (Moin Moin Nerja / Deutsche Backerei, Ski and Sea, &more) and Parque De La Paloma (in Benalmadena). There's much more to do: indulge in some culinary diversions at a local gastronomic tour, take an in-depth tour of Alcazaba, head outdoors with La Galeria Del Viso, and test your problem-solving skills at popular escape rooms.

For photos and tourist information, use the Malaga online tour planner.

Getting from Granada to Malaga by car takes about 2 hours. Other options: take a bus; or take a train. Plan for a bit warmer temperatures traveling from Granada in December, with highs in Malaga at °C and lows at °C. Wrap up your sightseeing on the 31st (Sun) early enough to drive to Ronda.
more less 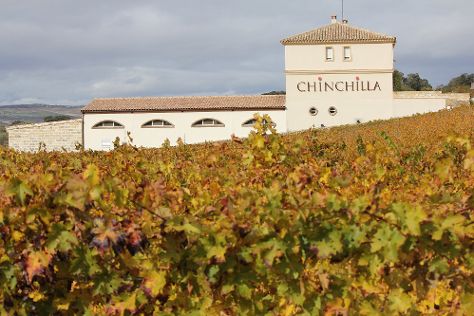 Ronda is known for historic sites, nature, and museums. Your plan includes some of its best attractions: learn about winemaking at Dona Felisa Winery, identify plant and animal life at Reservatauro Ronda, see the interesting displays at Museo Peinado, and walk around Alameda Del Tajo.

For ratings, maps, photos, and other tourist information, use the Ronda driving holiday planner.

Getting from Malaga to Ronda by car takes about 2 hours. Other options: take a bus; or take a train. Expect a daytime high around °C in December, and nighttime lows around °C. Wrap up your sightseeing on the 7th (Sun) to allow time to drive to Seville.
more less

Seville is known for historic sites, nightlife, and parks. Your plan includes some of its best attractions: steep yourself in history at Plaza de España, walk around Parque de Maria Luisa, see where the action happens at Real Maestranza de Caballeria de Sevilla, and admire the striking features of Setas de Sevilla (Metropol Parasol).

Traveling by car from Ronda to Seville takes 2 hours. Alternatively, you can take a bus; or take a train. In January, plan for daily highs up to °C, and evening lows to °C. Finish your sightseeing early on the 14th (Sun) so you can drive to Salamanca.
more less

Salamanca is one of the most visited cities in Spain.

Salamanca is known for historic sites, museums, and nightlife. Your plan includes some of its best attractions: take in the architecture and atmosphere at Ieronimus, contemplate the long history of St. Stephen's Convent (Convento de San Esteban), don't miss a visit to Plaza de Anaya, and admire the landmark architecture of Palacio de Anaya.

To see more things to do, traveler tips, reviews, and other tourist information, you can read our Salamanca route maker tool.

Traveling by car from Seville to Salamanca takes 4.5 hours. Alternatively, you can do a combination of flight and train; or take a train. In January, Salamanca is slightly colder than Seville - with highs of °C and lows of °C. Wrap up your sightseeing on the 20th (Sat) early enough to drive to Madrid.
more less

Things to do in Salamanca

Take a break from Madrid with a short trip to Catedral Primada in Toledo, about 1h 20 min away. And it doesn't end there: explore the world behind art at Prado National Museum, contemplate the long history of Plaza Mayor, admire the striking features of Royal Palace of Madrid, and catch a live event at Santiago Bernabeu Stadium.

For where to stay, other places to visit, and tourist information, read Madrid trip planner.

Traveling by car from Salamanca to Madrid takes 2.5 hours. Alternatively, you can take a bus; or take a train. Expect a daytime high around °C in January, and nighttime lows around °C. On the 28th (Sun), wrap the sightseeing up by early afternoon so you can travel back home.
more less