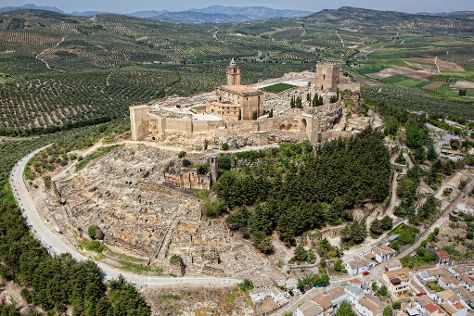 Your inner history buff will appreciate Alhambra and Albayzin. Take a break from the city and head to Butterfly Park of Benalmadena and Playa La Carihuela. Explore Granada's surroundings by going to Fortaleza de la Mota (in Alcala la Real), Conjunto Monumental de La Alcazaba (in Almeria) and Parroquia de Santiago Apostol (in Guadix). There's still lots to do: take in the architecture and atmosphere at Basilica de San Juan de Dios, contemplate in the serene atmosphere at Saint Jerome Monastery, take in nature's colorful creations at Generalife, and admire the landmark architecture of Jaén Cathedral.

To find reviews, traveler tips, more things to do, and other tourist information, you can read our Granada day trip website.

If you are flying in from United Kingdom, the closest major aiports are Málaga Airport, Almería International Airport and Sevilla Airport. In August, daytime highs in Granada are 39°C, while nighttime lows are 22°C. Wrap up your sightseeing on the 11th (Sun) early enough to travel back home.
more less